This newly enlisted soldier’s full name is the “DOXA Army Watches of Switzerland Edition” but for simplicity’s sake let’s just call it the Doxa Army reissue. 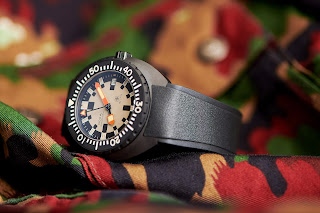 ​
The 100 piece Doxa Army reissue has indeed been released in partnership with the UK’s well-established, Swiss watch retailer of the same name and is already sold out.

Nevertheless the watch has a pretty interesting modern backstory that helps to explain its very existence in the 2020s because I don’t think even Doxa had much info. on it themselves. 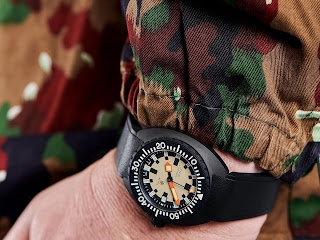 ​
The OG Doxa Army watch first entered into service in the 1970s for use by the Swiss Army’s elite frogmen units. Yes, even neutral; Switzerland has elite fighting forces to protect their pots of molten cheese and coco clocks!

I am not sure how many were produced back in the day but aside from being considered as a bit of an odd duck it was also as rare as rocking horse manure which is why this now fabled model has become the much hyped, horological cult icon that it is. 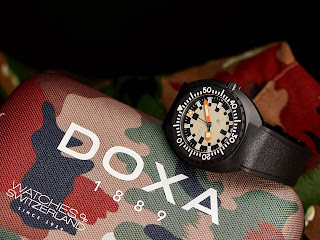 ​
And it has spawned two separate reissues one seen today as the Doxa Army Watches of Switzerland Edition, and ANOTHER that you might have already come across last year; both of which owe their very existence to one man. 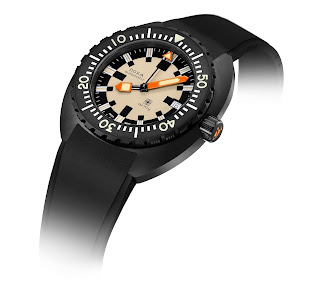 ​
You see, there’s this chap (for argument’s sake, let’s just go ahead and call him Rick) who’s a vintage diver’s watchophile par excellence of almost three decades and someone who through their own sheer doggedness;

fueled by their burning passion for vintage diver’s watches helped to resurrect a once dusty old Doxa brand and bring them into the fore as the first successful, ecommerce run Swiss watch brand. 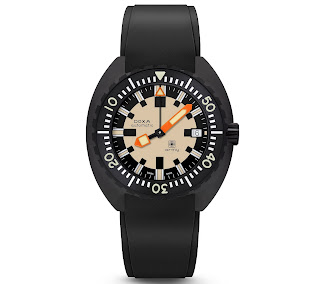 ​
Rick not only put the Doxa name back on the map but helped to make the brand the success that it is today. And not just Doxa but other great names were revived by Rick; Jenny, ISOfrane, Aquadive, Tropic and most recently AQUASTAR.

In fact you could attribute a good many of the old names that have returned to the dive watch scene to Rick, as many of them hitched a ride on the back of Doxa’s success. 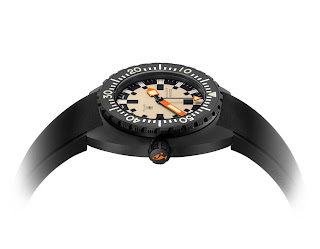 ​
I digress; under Rick’s captaincy, a number of great Doxa models were re-engineered and reissued over the years but there was one model that Rick had always planned to release, an unknown soldier buried in a tomb was the Doxa Army watch with its uncommon charms once again displayed in this modern reissue.

While the Doxa Army does indeed occupy a special place in the brand’s history it had in fact been all but forgotten by everyone except a few diehard fans. One of those was Rick Marei who never managed to realize his dream of an Army reissue while he was at Doxa. 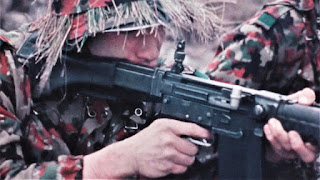 ​
However Rick did eventually create his own unofficial homage, his own play on the Doxa Army which he released as a two piece Limited Edition collection known as the Synchron MILITARY.

When Rick dropped it, Doxa were royally pissed (I think that’s correct vernacular); and were forced to hastily release a Photoshop'd image showing what their own “plan” for a reissue was, a mock-up btw sporting the wrong hands! 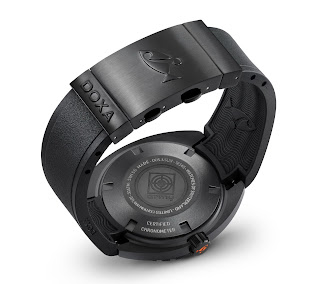 ​
Suffice to say the Synchron Military quickly sold out and Doxa (who’d stiffed Rick on his Army dream) were made a laughingstock of.

A year on and the official Doxa Army is finally here. If you got one – you have Rick Marei to thank for it. So that’s the story as I know it, so how about the Watches of Switzerland Edition? 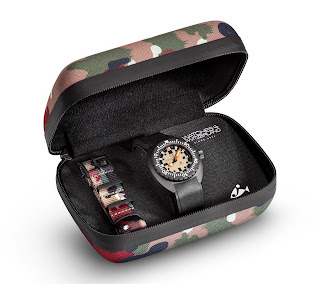 ​
This edition naturally most closely resembles the watch of the 70s and like it; it comes with a blackened case finish. In fact the 70s Army was one of the earliest adopters of a case coating process.

Its Stainless steel case was blackened by oxidation, giving it a matte black finish so that the watch was free of any unwanted glare or reflections, a key criterion for military equipment. 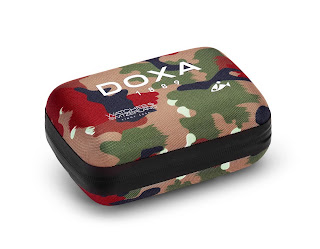 ​
This visual effect, quite original at the time, is carried over to today's reissue through the use matte black ceramic rather than blackened steel.

Today, more than 50 years after its debut, DOXA and its Anglo-American partner Watches of Switzerland are reissuing the DOXA Army in a very small Limited Edition of just 100 pieces. 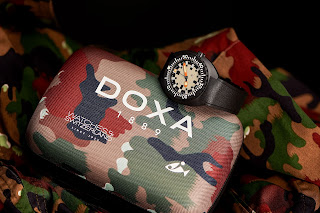 ​
Each watch comes in a packaging designed specifically for this edition and sporting the original camouflage pattern used by the Swiss Army at the time the watch was first issued.

The box also includes two straps: one made from black FKM rubber and one NATO strap with a camouflage pattern. MSRP is (was) 4’200 CHF because like I said, they’re all SOLD OUT. 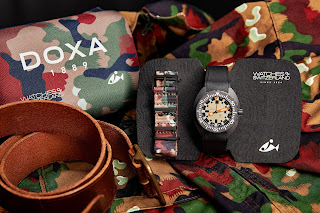 ​
Thoughts? Seeing as this is called the “Doxa Army Watches of Switzerland Edition” and not the Doxa Watches Army Reissue; there appears to be some room for a potential, straight up Doxa Army Reissue watch further down the road, perhaps, just maybe?

I don’t know but it would make sense and it would likely be released in Stainless steel like the OG model but with a modern DLC coating. 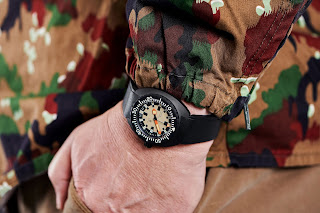 So what do I think of it? You can see why the Army became a bit of cult classic with its inimitable style plus details such the crosshair logo on the sand dial. I think even Rick would agree that it looks pretty hot. But what do you think?