Now here’s an intriguing new diver’s watch soon to be released by the French start up, Jacques Bianchi that seems to have all the requisite components for a successful debut / comeback: 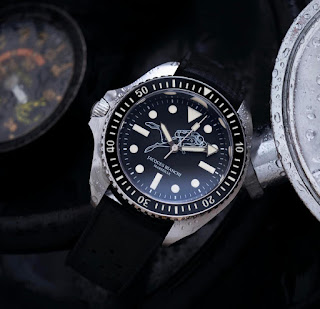 ​
* created by a team of dive watch industry veterans – check!

* heritage that can be drawn upon for a reedition – check!

* history intertwined with veritable who's who from the world of dive watches – check!

* tie in with the French Navy – check! 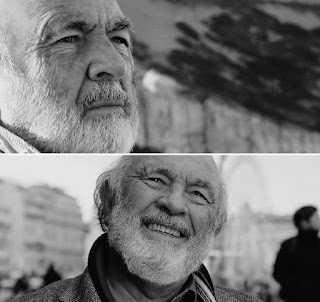 ​
And that gentleman btw, if you hadn’t already surmised is the passionate watchmaking veteran Jacques Bianchi himself, who at 80 years young still works out of his workshop in Marseille, was friend to the likes of Jacques Mayol and Captain Cousteau and his second-in-command Albert Falco, known as "Bébert", 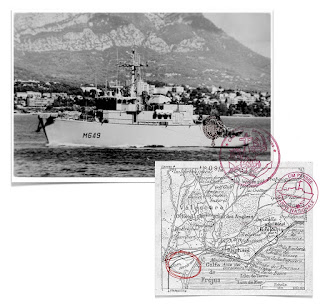 ​
has repaired most of the Rolex watches of the Comex divers (Maritime Expertise Company), has created his own eponymous brand and discovered dozens of watchmaking water-resistance processes throughout his career and all for the sheer love of dive watches! 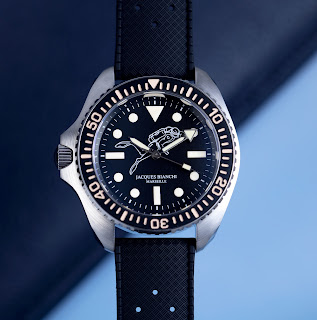 ​
It is no coincidence too that Comex (like JB) is also based in Marseilles since its creation in 1962 by Henri Delauze, well known to Jacques Bianchi.

It is not a coincidence either that the French Federation of Underwater Studies and Sports (FFESSM) is also based in the Phocaean City. Even less a coincidence that Beuchat Diving, leading global specialist in diving equipment, hails from Marseille. 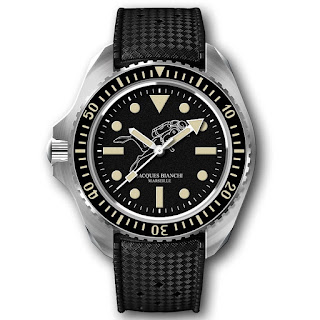 ​
Jacques Bianchi has had an incredible career that included heading up the regional after-sales service for LIP while The Atelier Jacques Bianchi was approved to repair and overhaul diver’s watches from:

At the same time, Jacques Bianchi started distributing the legendary Swiss brand, AQUASTAR and began creating links with the Comex divers who would come knocking on his door to have their Submariners and Sea-Dwellers repaired. 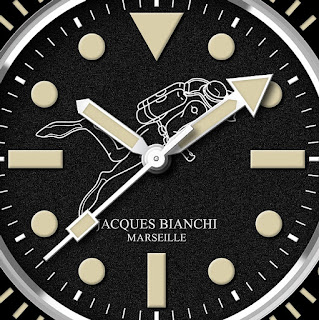 ​
A close friend of the famous, French free-diver, Jacques Mayol, whose life story and that of his friend, Enzo Maiorca were the inspiration for the 1988 Luc Besson film, The Big Blue - JB also designed unique prototypes for the famous apnea specialist on the basis of Lemania regatta chronographs, inventing a new process for sealing the chrono-pushers. 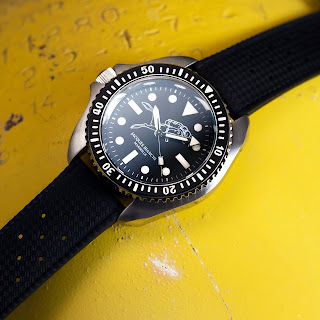 ​
Jacques Bianchi’s contribution to maritime exploration also included the development of watertight boxes to test the waterproofness of watches in the open ocean. 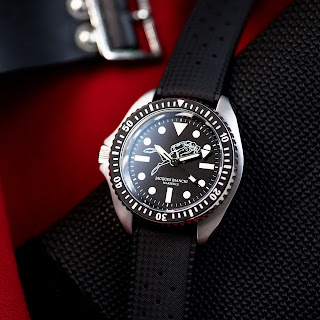 ​
The new JB 200 pays tribute the historic model developed by Jacques Bianchi in the early 1980s but has of course been duly updated for 2021.

Remaining largely faithful to the OG JB 200, which was used by the French Navy, the 2021 version comes with a 42mm Stainless steel case which is water-resistant to 200 meters. 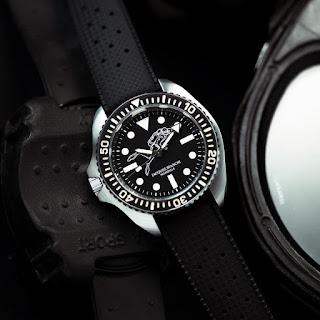 ​
Meanwhile its overall design evokes the look and feel of a 1970s skin diver while its “destro” crown (offset to the left), its black texturized dial decorated with the silhouette of a large SCUBA diver, its luminescent indexes and its extremely legible hands further underscore its diving intent as well as a wealth of dive watch know-how from the team behind it. 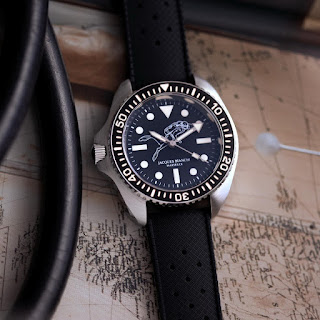 ​
The historic JB 200 was powered by a quartz movement, a France-Ebauches for the first series. With the help of Fabrice Pougez (of MAT Watches), the Jacques Bianchi Marseille team chose to equip the new model with a reliable Seiko NH35 mechanical movement. 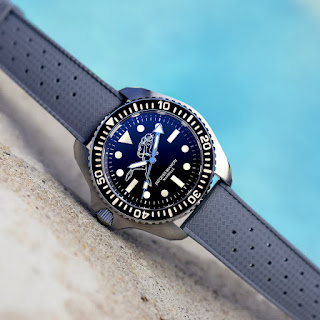 ​
In order to outfit the new model with an automatic caliber - necessarily thicker than a quartz movement - the proportions had to be reviewed and improved.

The 42mm off-crown diameter of the case remains unchanged, but a long adjustment process was necessary to preserve the spirit of the historical shapes and the technical requirements imposed by the integration of an automatic movement. 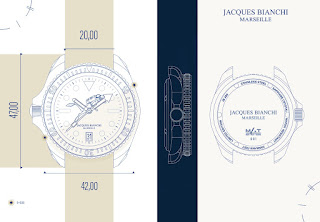 ​
Luminescent, the oversized indexes and hands are of course no longer made using harmful tritium, but are instead charged with an ivory (off white) colored Super-LumiNova recalling those veteran diver’s models that once did. 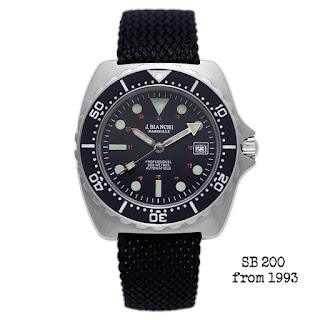 ​
More precisely, the size of the indexes has been noticeably increased for better readability. The inscription "Jacques Bianchi Marseille" also appears at 6 o'clock, as a nod to the typographic location of the technical specifications of professional diving watches. The unidirectional 60-click bezel features the typical graduation of the historic model from the 1980s; 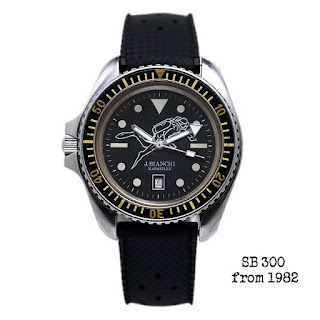 ​
its numerals and minute track are made of Super-LumiNova in the same ivory color as the hands and indexes. Finally, the original mirror-polished inclined bezel has been identically reproduced to maximize light reflections on the dial.

The new JB 200 will be equipped with a black Tropic-style rubber strap, characteristic of the era of its birth. The JB 200 will be available to pre-order as of June 15 2021 with an introductory price of 599USD. 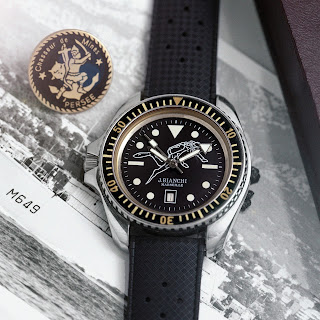 ​
Thoughts? That’s a pretty fair price considering the JB 200’s impressive background story. Sure, a Swiss auto would have been more appealing (at least to me) but the popular NH35 is no slouch. As for the overall look and appeal of the watch – it’s certainly a looker.

The clean dial with its oversized ivory hands and markers and that massive diver icon are showstoppers. It’s going to interesting to see how the Jacques Bianchi brand progresses but one thing’s for sure this is cool comeback. But what do you think; do you see a JB 200 in your future???