Here’s something very cool to kick the week off – a new Swiss made diver with an ancient Greek soul or perhaps we could say a Greek diver with a modern Swiss heart beating within, or is it modern (the beating heart that is)?

Introducing the Ianos Avyssos (Greek for Abyss), a new diver’s watch that combines the brand’s two major inspirations on its unique dial: the Antikythera Mechanism and Kampanelopetra. 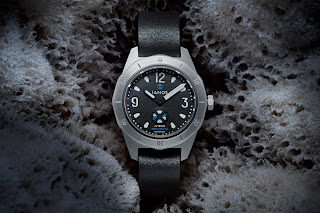 ​
Discovered on a sunken Roman-era shipwreck near Antikythera Island in the Aegean Sea, the Antikythera Mechanism is an ancient Greek hand-powered orrery (model of our solar system) thought to be the first analogue computer used to predict astronomical positions and eclipses for calendar and astrological purposes, decades in advance.

Ianos have drawn inspiration from this highly complex ancient mechanism to create the watch’s movement indictor found on the dial at the 6 o’clock position. 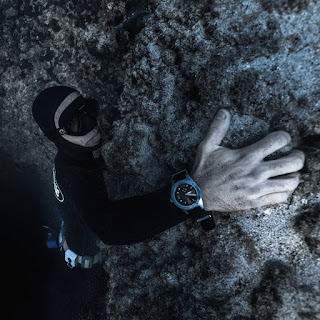 this can be done with a traditional seconds hand or in this instance a rotating disc with a design that echoes that of a 2000 year old mechanism. 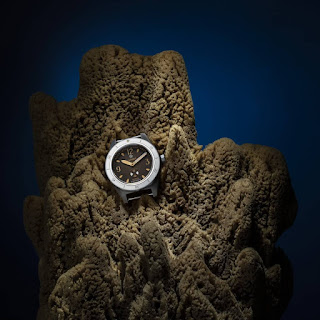 ​
The legendary Kampanelopetra is an ancient diving technique used by Greek sponge divers.

The Symian sponge divers and the Kampanelopetra technique through the legendary dive of Stathis Hatzis, Greek freediving history spans millennia. 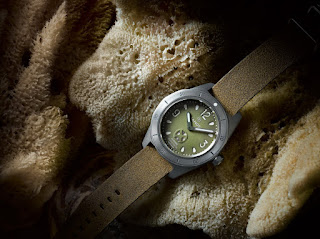 ​
Paying homage to the sponge divers who found the Antikythera wreck and their ancient heritage, Ianos have incorporated the iconic Kampanelopetra design into the dial as hour markers, a symbol of the divers' unbreakable spirit in the face of daily danger and adversity. 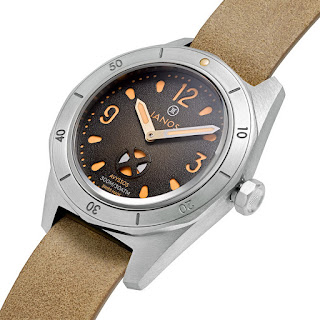 ​
Furthermore, in order to accentuate this ancient diving technique and the age of the Antikythera mechanism, the dial has been texturized with a sandpaper-like finish to give the watch a more used and vintage feel in line with classic vintage divers, the numbers and minute indicators have been cut-out to create a sandwich dial. 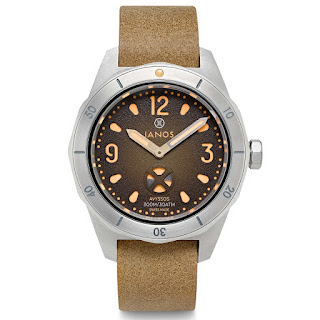 ​
Meanwhile the body of the Avyssos is every bit as intriguing as its face.

The 44mm in diameter Stainless steel case is fitted with a scratch proof Sapphire crystal, a steel diver’s bezel with engraved dive-time scale as well as screw-down crown. The case is water-resistant to a depth of 300 meters. 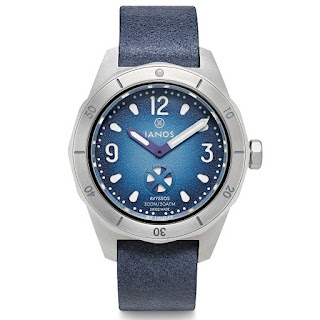 ​
The bezel features a screw-like design to define the watch's functional utility and provide better grip in and out of water while the case itself has been thoroughly thought out and designed from the ground up.

Its slightly curved shape hugs the wrist while its slanted sides provide a slimmer profile that looks and feels much smaller than it is. 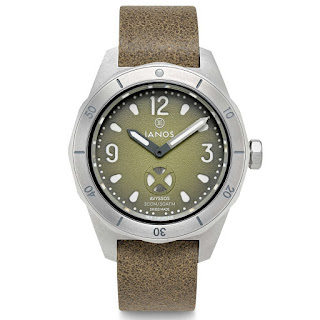 ​
Aiming to enable functionality, utility and comfort, the case-back features a deep channel in which a NATO strap can be passed through and concealed. This way, the need for springbar tools is totally eliminated. 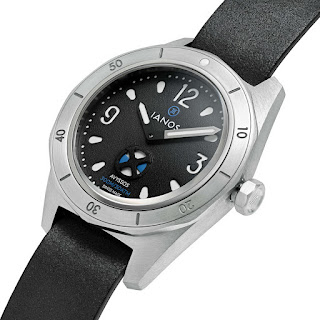 ​
As continuation of the watch’s inspiration, the Avyssos features an open case-back with a circular window mirroring the design of the Antikythera sub-seconds mechanism through which the balance wheel can be seen. 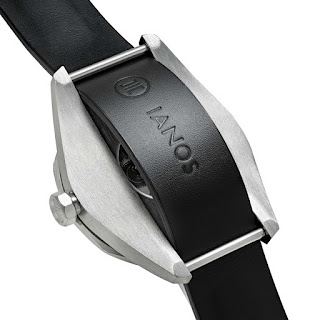 ​
And finally that modern Swiss heart I was talking about is in fact is not so modern after all as it relies on a good old fashion hand-wound system. The Sellita SW 216-1 mechanical manual wound movement comes with 42hrs of power-reserve. 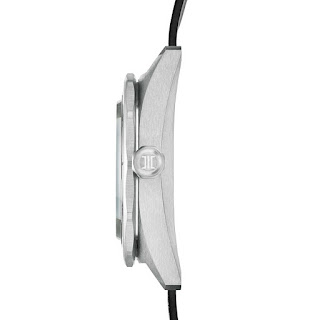 ​
Thoughts? This is a diver that respectfully follows all the codes of dive watch design minus all the tedium that tends to come along with that.

not in a predictable way with wave patterns and such – you truly get a sense of ancient Greek sponge divers from it and that’s very cool. 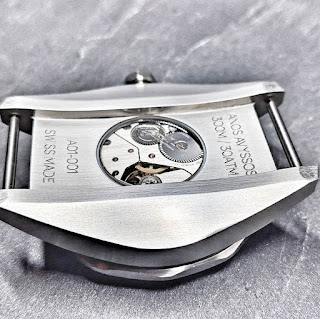 The hand-cranked movement was unexpected but, again it adds interest to the watch and is very much in keeping with the overall theme of the watch. In summary, to coin a word taken directly from Greek – kudos! 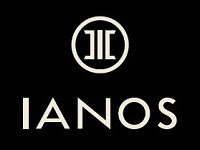