Here’s a blast from the past, the Ikepod brand is back!

I must admit I had not noticed the brand’s comings and goings over the decades; mainly because they were only ever known for the one diver’s model, the Seaslug from 1994 (image very bottom courtesy of Antiquorum). 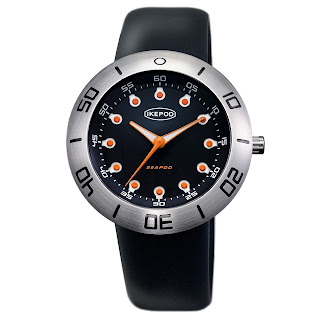 ​
This was a couple of years before I even got into watches, but for some reason I do recall it (the Seaslug that is); perhaps I came across it on my many Google explorations.

Anyway, skip forward some 27 years and we’re all a **** of lot older and Ikepod is making its second foray into the diver’s watch segment, but have they done any better or worse? 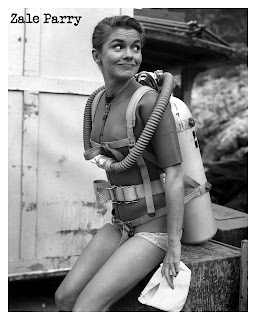 There was an even earlier watch – perhaps the first ever flying saucer-shaped wristwatch, a 1950s Rolex, the ref. 9083, nicked the ‘UFO’ – although it wasn’t a sports / dive watch like those mentioned above. 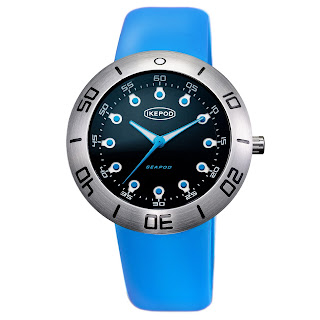 ​
So there was once a tradition of adopting such an odd shape for a dive watch, an odd shape that would in fact resist pressure a whole lot better than any watch with flat case sides, btw, but that’s another story.

The new Seapod’s saucer-shaped case has been made from Stainless and measures 46mm in diameter with a water-resistance of 200 meters.

Diver’s features include: a screw-down crown and case-back, a diver’s bezel with elapsed time scale and a sapphire glass. 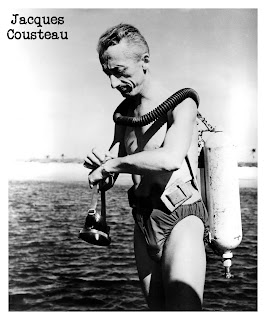 ​
There are three Seapod variants each of them has their own distinct look: the S001 Zale has a brushed steel case with a matte black dial and contrasting orange hands and indexes,

the S002 Jacques is also in brushed steel with a black dial but has vivid blue hands, markers and matching rubber strap, the S003 François has a black PVD case, white hands and markers. 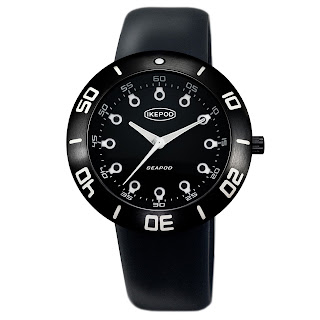 ​
There are no prices for guessing that the ‘Jacques’ model is named after the French naval officer, explorer and underwater filmmaker who co-developed the Aqua-Lung, pioneered marine conservation and was a member of the Académie Française –

Jacques-Yves Cousteau, the man the legend may he rest in peace. 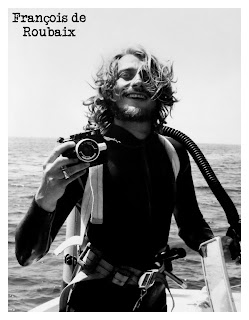 In the 1950s when recreational diving was first emerging she was a pioneer as well as the beautiful face of the sport. She is alive and well aged 88. 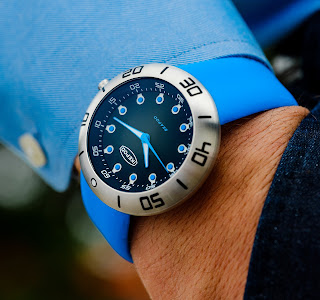 ​
The muse for the François version was a bit of a head scratcher. I first thought it was François Dorado, another underwater photographer from the golden age of scuba diving and a member of Cousteau's team for many years.

But then I saw this on the François product page “Forever in the world of silence for François de R, a Seapod in his name like a tribute.”

This led me to François de Roubaix, a French film score composer who tragically died in a diving accident in 1975. This version honors his memory. 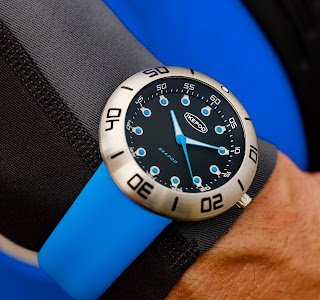 ​
Meanwhile, I'm not sure how they arrived at this conclusion but someone from Highsnobity pegged the former Canadian Olympic high diver, François Imbeau-Dulac as the ‘François’ that the black PVD Seapod was named after. C’mon, dude!

I digress, I have another quote from the Ikepod website taken from the top of their homepage which says;” We are a Swiss design brand.”

This is perhaps a reminder that while Ikepod boast Swiss designs, it doesn’t mean that they actually make ‘Swiss made’ watches? 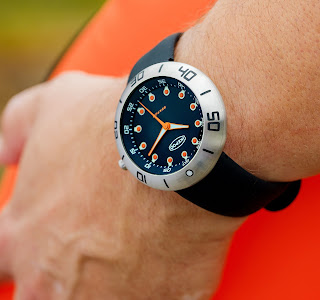 ​
So it is no surprise that the new Seapods are Japanese powered via Miyota 9039 automatic movements.

The 9039 caliber is hacking and was purpose built as a ‘no date’ movement so not stripped of this function; it never had it in the first place.

The 24 jewels caliber has a beat-rate of 28.800vph (4Hz frequency) as well as a power-reserve of 42hrs and a sweep seconds hand. 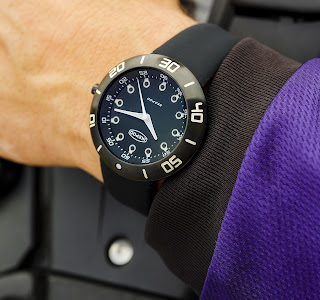 On the reverse of the Seapod is a mineral exhibition case-back so that you can view the 9039 with its IKEPOD custom rotor. 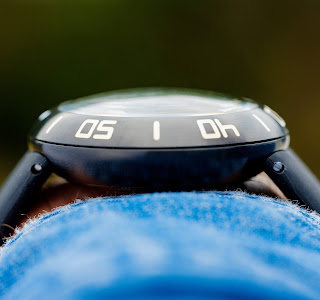 ​
The watches come on silicone divers’ straps but there is an 290 CHF optional Stainless steel link bracket. 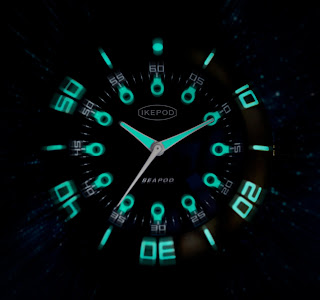 ​
Thoughts? I like these flying-saucer shaped watches but I am patiently waiting for Aquastar to re-release theirs, please.

I also appreciate the subtle references to those great names from the past although by today’s standards these watches aren’t even ISO-certified so I’m not if J-YC (if he were alive today) would even consider a new Seapod for diving. 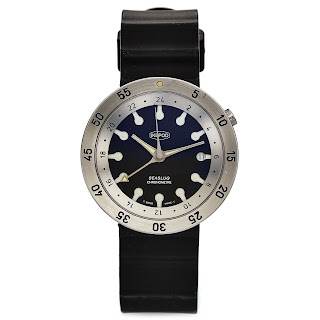 ​
I mean that bezel could do with a bit of grip on it and that seconds hand needs some lume on it, too. Imo I think the Seaslug looked better plus it had grip on its bezel.

And now for the big fat elephant in the room – the pricing on these is bordering on daylight robbery; I mean 1’450 Swiss francs for a Japanese movement and mineral back seems a bit askew to me, no?

But what do you think? Let me know in the comments.