Ollech & Wajs has a new tactical diver come field watch drawing on more than six decades worth of military and diving know-how.

Equipped with a 360 degrees compass bezel engraved with the cardinal points, more typically found on a field watch –

this new reference brings together several historic design characteristics along with the same high degree of water-resistance that OW’s dive watches are known for. 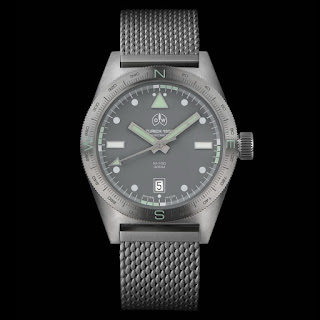 ​
The M-110 pays homage to the enduring legacy of military personnel who have historically worn OW watches; specifically that generation of US soldiers who during the 60s relied on OW watches while on tour in otherwise unfamiliar and often hostile terrain.

The ability to determine direction is a prerequisite of any military maneuver and is vital in an escape and evasion or survival situation.

In the absence of a compass, the US Army Ranger Handbook provides infantrymen detailed instruction on how to use the ‘watch method’ to get a bearing. 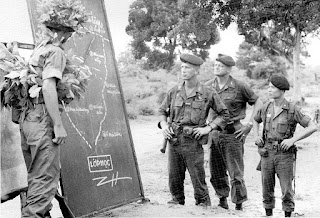 ​
This is a simple technique that involves lining the hour hand up with the sun, and then bisecting the distance between the hour hand and 12 o’clock position, to discover south.

Compass bezels are a simple yet ingenious tool that (in a world where we are constantly tethered to GPS satellites) we are unlikely to ever have to rely upon;

however it is these satellites that would likely be disabled by our enemies in times of conflict, so just as in diving where an old school mechanical diver’s watch serves as a back up to your modern diving computer;

an old school compass bezel just might be your only option if for example you’re brought down over hostile territory and you want to know which way home is! 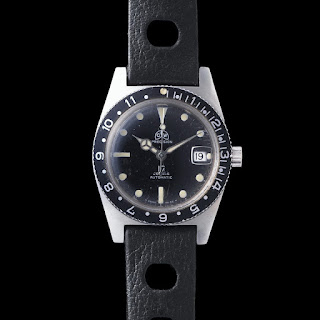 ​
Another distinctive feature of the M-110, which military users will recognize, are the radio silence period markers on the dial.

These are three-minute periods immediately after each quarter hour, reserved exclusively for making – and listening for – distress calls. The M-110, as the first OW watch to carry the new Soprod Newton Precision movement, also sets a new bearing for Ollech & Wajs.

The result of a close collaboration between OW and Soprod, the new movement is a bespoke version of the Newton P092, modified to OW’s own specifications and adjusted in five positions. 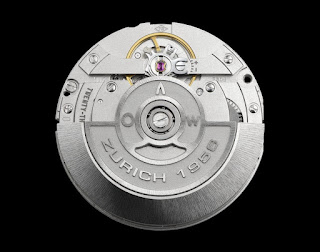 ​
It has been finished in accordance with our rugged aesthetics, and ‘OW Zurich 1956’ is engraved into the nickel- plated base, on which sits a co-designed, custom rotor in the shape of the OW marque.

The inimitable new movement will carry OW’s own ‘PRECISION’ rating, reserved for movements of only the highest quality.

The M-110 also sees the return of the classic ‘skin diver’ case, first used on early OW models such as the 1964 Aquaguard and the 1965 Early Bird.

The M-110 will come on either a yet-to-be-revealed strap option or a heavy-gauge, Stainless steel Milanese mesh bracelet with reinforced ends and hand-brushed finish. 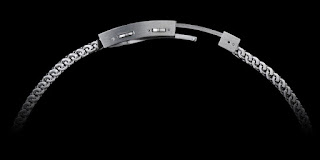 ​
A great amount of care has gone into the development of this new bracelet, in line with OW’s historical approach. As well as being virtually indestructible and fit for professional use, OW believe it is their most comfortable bracelet to date.

The sturdy milled and engraved clasp is extendable up to 22 mm, and a double pusher-release system provides extra security against accidental opening.