If you were, perhaps you remember Duran Duran’s 1982 music video ‘Rio’ with Simon Le Bon, hair blowing in the wind (like Donald walking towards Air Force 1) sat astride a yacht’s bow à la 'I'm the king of the world' Leo in Titanic, no? 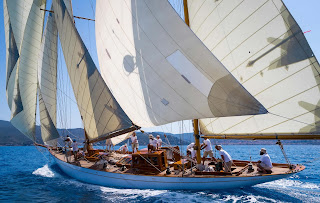 ​
Well, it’s a really nice song even today and the music vid. was considered pretty cool in its day – oh, and that yacht? It was the venerable yacht named, Eilean. 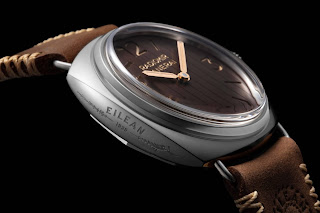 ​
The yacht is in fact an ambassador for all of Panerai’s classic-yachting exploits and is the muse for a special two-piece Radiomir Eilean collection that includes PAM01243 and PAM01244. 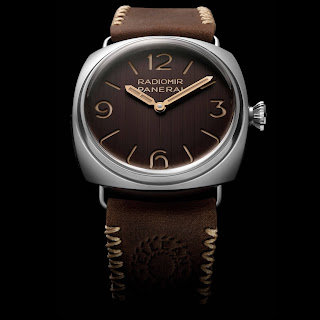 ​
The latter, the Radiomir Eilean Bronzo AKA PAM01244, produced in a series of just 50 pieces and priced 39,000euros is exactly like the watch shown here – only much-much better cos’ it comes with a bronze:

fixed bezel, crown and case-back inlay all made from bits of actual bronze salvaged from the Eilean’s restoration project. Plus it has a lovely blue dial and its case-side engraving has been gold-plated too. 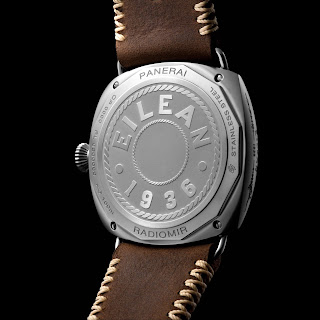 ​
The bronze version is so rare that I couldn’t find a single decent bleedin’ quality image of it online, anywhere.

But, let’s not worry about what could have been with that edition , but instead focus on the all-steel variant which you can acquire and is a comparative bargain at just 7,900euros. 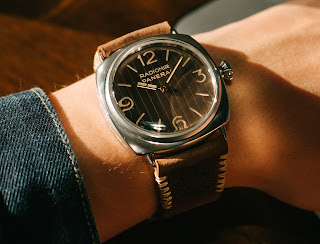 ​
Introducing the Radiomir Eilean Steel AKA PAM01243 - Okay, so you know the back story to this watch so let’s take a quick look at its spec. as well as all of its special features.

First up is the dial which is in dark brown with slats just like those found on the deck of a yacht. 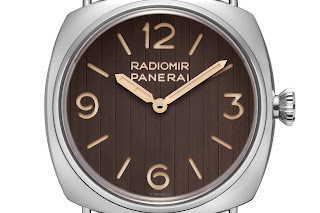 ​
Meanwhile its case which measures 45mm in diameter is constructed from what Panerai are calling ‘Patina Steel’ (it sounds a lot better said with an Italian accent).

The Patina Steel has been used for the watch’s mid-case as well as its fixed bezel, and case-back. The engraved case-back design has been directly lifted from the Eilean’s brass rigging main cog whatchamacallit / thingamabob – I think that’s the correct sailing term for it? 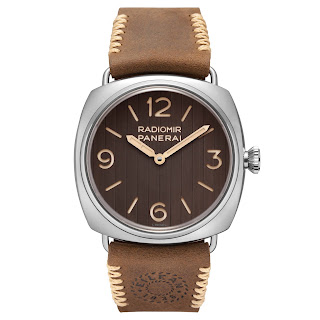 ​
More engraving can be found on the left lateral side of the watch’s case which bears the name “Eilean” along with the year ‘1936’ (the date that her build was finished and she was launched) plus some filigree on either side for good measure – most likely echoing some other part of the boat’s design. 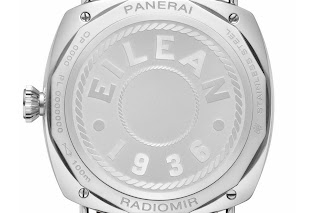 ​
Power comes from a 19 jewels, hand-cranked mechanical, P.6000 caliber with a beat-rate of 21,600 alternations/hour, an Incabloc anti-shock device and a power-reserve of 3 days. 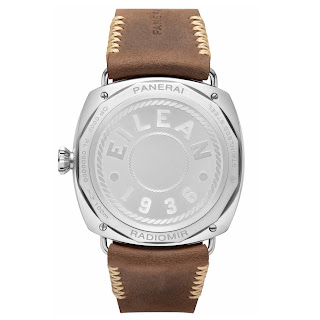 This has ecru contrast stitching echoing the ropes you might find on the Eilean’s rigging. 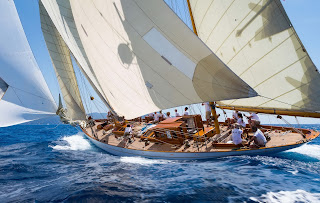 ​
Thoughts? It’s all a little too Bohemian for my taste but I do appreciate the thought put into those design details as well as the Eilean’s history and of course the Duran Duran tie-in – although I was more a New Order kinda’ guy myself.

I know I haven’t shown it but if money was no object of course the bronze version would be my pick but if I were truly in the market for a Radiomir – THIS would be more to my taste. But what do you think – this or the Radiomir Ceramic?