Blue Sharks, Great Whites, Hammerheads; UN’s love affair with the ocean’s most misunderstood predators casts light on yet another endangered shark species with the launch of the new Diver Lemon Shark, the release of which was timed to coincide with World’s Ocean Day (June 9th). 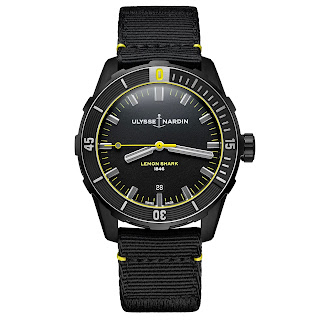 ​
Honoring World’s Ocean Day and celebrating its community of friends and partners which include: world-renowned shark experts, divers, universities, and non-profits like OCEARCH which UN already work with – yet another stunning, shark-themed Limited Edition of their Diver 42mm has been unveiled. 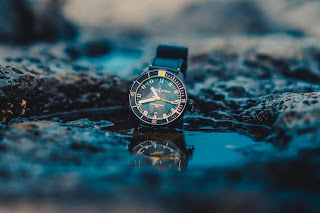 ​
In addition UN has doubled its efforts with an environmental commitment that follows the United Nation’s guidelines as well as their own 17 sustainable development goals such the ambition to reduce marine pollution by 2030 by incorporating manmade materials (like discarded fishing nets) from the ocean wherever feasible into all their latest watch products. 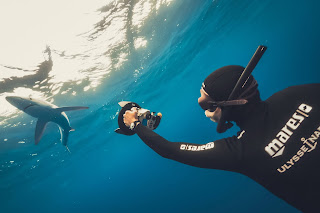 ​
While UN already recycles discarded fishing nets into watch bands, they are also gaining greater oceanographic knowledge with their focus being predominantly on sharks.

With their ever precarious status, these remarkable apex predators have become the much loved avatars of the brand showing up on numerous timepieces over the years. 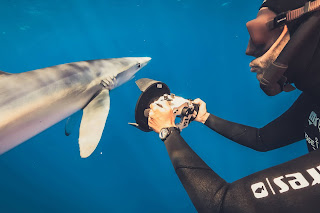 ​
In keeping with UN’s continued support of shark conservation, they have launched the Diver 42mm Lemon Shark which features an all-black case and dial with yellow printed Lemon Shark name and matching yellow accents such as those found of the rehaut, the seconds hand and bezel’s 0hr marker. 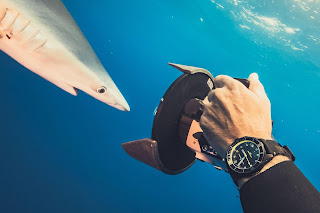 ​
Meanwhile the watch also comes with a stamp of three lemon sharks on its screw-down case-back and is equipped with a black textile R STRAP made from recycled fishing next. The strap is finished with further (stitched) touches of yellow. 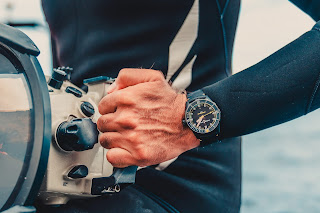 ​
Those touches of yellow on the bezel, dial, crown and strap pay homage to the Lemon Shark, while recalling their yellow skin color which provides the perfect camouflage against sandy in-shore areas where it often forages for food. 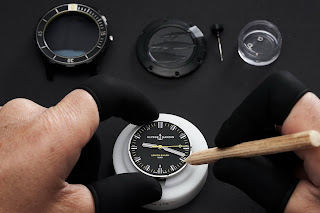 ​
Power comes from the Caliber UN 816 movement that works thanks to Silicium technology – meanwhile a concave unidirectional diver’s bezel, a screw-down crown (signed with a yellow UN emblem) a domed Sapphire crystal and 300 meters of water-resistance complete the watch’s diver’s features. 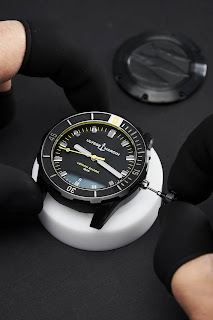 ​
The new Diver Lemon Shark is available in a Limited Series of just 300 pieces and has an MSRP in the US of 7’300USD. 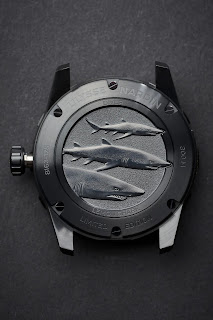 ​
Thoughts? This is a very appealing looking Diver 42mm variant – those yellow accents literally pop and fizz against the black and who doesn’t love lemon sharks; they’re among the cutest sharks that there are (after Megalodons – I could kiss one of those). 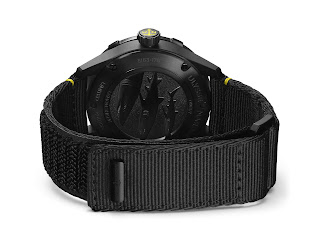 ​
With roughly 400 shark species; I wonder what the next shark muse will be for UN, tiger sharks are an obvious choice but how bout’ a one of the deeper diving species such as sleeper sharks or six-gills. But what do you think???